Happy new year everyone! Before I get into my most anticipated historical board games likely to be released this year, let me remind you: The best game you’ll have played at the end of this year is likely to be one that sits on your shelf already – be that one you know and love, or one that has not been lucky enough yet to be actually played by you after you got it. Give those some love before you chase new games!
Myself, I’ll try to be judicious with my board game purchases. Last year, I bought a grand total of one board game. So, don’t expect me to run and buy any game that looks interesting. That being said, here are some upcoming titles which I am at least seriously considering to acquire. As all of them are set in human history, they are ordered from most ancient to most recent.

2-5 players, 300 minutes
Well, maybe this only counts half – after all, it’s not an entirely new game but a re-implementation of Berg’s and Simonitch’s classic from the 90s, the early heyday of card-driven wargames. In that respect, Phalanx repeat their success formula from Hannibal & Hamilcar (Mark Simonitch/Jaro Andruszkiewicz, Phalanx Games). Even more fitting for the company, this game will feature even more phalanxes! 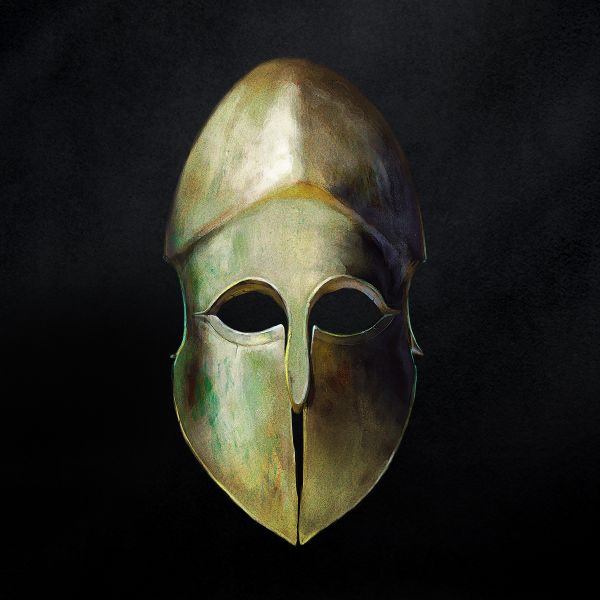 Successors takes you back to the years after the death of Alexander the Great, when his generals fought over who would succeed him in leading the vast empire he had conquered. While success on the battlefield obviously endows a general with a claim to the succession of Alexander, the great conqueror, other factors play a role as well – for example control over Alexander’s blood relatives or a decent burial for the deceased king. Everything combined, this looks like a equally strategic and chaotic multiplayer experience with the stunning looks of Phalanx games.
Successors is available for pre-order after a successful Kickstarter campaign last year. Shipping is expected for November (October for Kickstarter backers).

1-6 players, 90-300 minutes
Maybe you have played the video game Europa Universalis – a highly detailed approach to early modern governance ranging from taxation levels to the personal capabilities of the ruling monarch. Before the video game, there existed a board game of the same name – with the same attention to detail and even more obscure. This new rendering, however, promises to be understandable by regular humans and playable in a single long evening.

Sometimes, you just need to fondle the globe. The “Price of Power” might have to be paid by others then. ©Aegir Games.

Players take the reins of one of the major European powers through four ages from the age of discoveries to the age of revolutions (or fewer ages in shorter scenarios). They need to balance diplomatic and military expansion with the administrative and intellectual development of their realms. Nation-specific missions guide the players to match (or outdo) their historical counterparts, but of course they are free to forge their own destinies.
Europa Universalis had a successful Kickstarter campaign last year. You can still join with a late pledge. Shipping is expected for September 2020.

2 players, 120-240 minutes
When it comes two tense two-player games, Twilight Struggle (Ananda Gupta/Jason Matthews, GMT Games) is still the gold standard. That might change when Imperial Struggle by the same design team and publisher is released. Imperial Struggle takes you back to the rivalry between Great Britain and France in the 18th century – through temporary peace and ever-erupting war, on land and at sea, in Europe and overseas, with all diplomatic, commcercial, military, and political means at their disposal. Every turn, the players try to match the most advantageous event cards with the most promising investment opportunities – or to deny them to their opponents. Within the wide-open framework, interesting counter-factuals are possible – ranging from a French colonial empire in India to a revolutionary Britain.

This game looks so good that it has made my list of games to be released in the year to come three times in a row! Kidding aside, sometimes it just takes a bit longer for a game to get ready. Publisher GMT Games has changed how they group games on their tentative production schedule and it seems to me that now expected and actual publication will align more closely. So I’m reasonably confident that 2020 is, in fact, the year when we finally get to see Imperial Struggle.
The game is on GMT’s P500 pre-order system. Currently, it is listed under „In Final Art and Next in Line to Get a Print Slot“, so shipping might happen within the first half of 2020.

1-4 players, 60-120 minutes
War is an institution of international politics to put yourself into position to achieve a better peace. That is what Versailles 1919 is about: The fighting has ended, and now a new world order will be forged. The trouble is: The Big Four at the Versailles peace conference – the USA, UK, France, and Italy – have very different ideas what a “better peace” is. For the US, it’s about implementing President Wilson’s ideas of national self-determination and a global economy of free enterprise. France wants to make sure that Germany can never threaten her again. And so on. So, the players want to make sure that as many issues as possible are resolved the way they prefer at the conference. Skillful expenditure of political capital (and knowing when to let somebody else do your work) is key for success. Speaking of success: Given Mark Herman’s track record with portraying conflicts between nominal allies (most famously in Churchill (Mark Herman, GMT Games)), I’m sure this is going to be one.

Versailles 1919 is on GMT’s P500 pre-order system. Currently, it is listed under „In Final Art and Next in Line to Get a Print Slot“, so shipping might happen within the first half of 2020.

4 players, 300-360 minutes
I try to be realistic about which games I’ll actually get to play. You know what’s unlikely to hit the table? – Unsurprisingly, it’s big, long games about obscure topics which require a lot of players, possibly even a fixed amount of them. By that yardstick, Weimar should have never made it to this list – four players, no more, no fewer; five to six hours for one game; and its subject is the politicking of German parties in the inter-war years 1919 to 1933. So, why is it on the list then? – Because it simply looks so interesting. The players take the helm of four parties in Germany after World War I – KPD (Communists), SPD (Social Democrats), Zentrum (Conservatives), and DNVP (Nationalists). The first and the last of those are not committed to the new democratic republic in Germany in the first place, and on top of that, the republic faces many challenges ranging from rampant poverty to Germany’s place in the post-war order – and, later, the threat of fascism as represented by Hitler’s nazi movement. 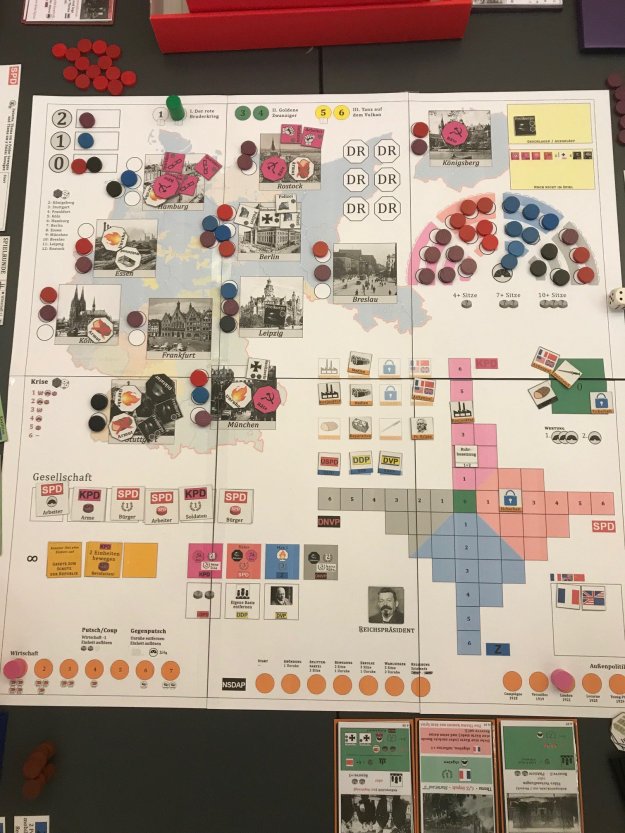 I don’t expect board games to give me answers about history. Weimar, however, asks all the right questions: How did politics in parliament and politics in the street interplay? What becomes of a republic with far too few republicans? Was the fall of the Weimar Republic inevitable? That makes Weimar probably my most anticipated historical board game of 2020.
Designer Matthias Cramer has finished designing and playtesting the game last year. Compass Games is aiming to release the game for GenCon this year (late July).

What are your most anticipated historical board games of 2020? Let me know in the comments!

7 thoughts on “Most Anticipated Historical Board Games 2020”