This post is part of an after-action report of Unconditional Surrender! (Salvatore Vasta, GMT Games) and therefore entirely fictitious.

Why must Belgium lie between Germany and France? Every time they have their accounts to settle, they walk over us. It’s been like this from the days of Louis XIV to the last war, and of course it has been like that again now.This new war has lasted only a week for us. The last time the Germans invaded, our Allies called us „Brave Little Belgium“ for our tenacious resistance. We also paid dearly for it. So while I think we can still be called brave – it surely takes courage to stand up against a so much more powerful enemy – I am not unhappy that we are spared the misery of further fighting on our soil. I know, that only means that the fighting is now in France, and I shouldn’t wish that on them, but I cannot help to be a bit relieved.
So now we have to deal with occupation. The mass of the German troops are flowing towards the frontline in France, but I am sure they will leave a garrison behind. Maybe our short resistance helps us in this respect as well – the last time the Germans saw a franc-tireur in every Belgian who looked their way. I still shudder when I think what they did to uncle Edmond.
For the time being, there are a lot of leaflets stressing that Germany’s war is with France, not Belgium, and that the German government hopes to have cordial relations with Belgium. Ridiculous, of course. But they might need us sometime – at least our soldiers. Looks like the Nazis think this war is going to be a long one. 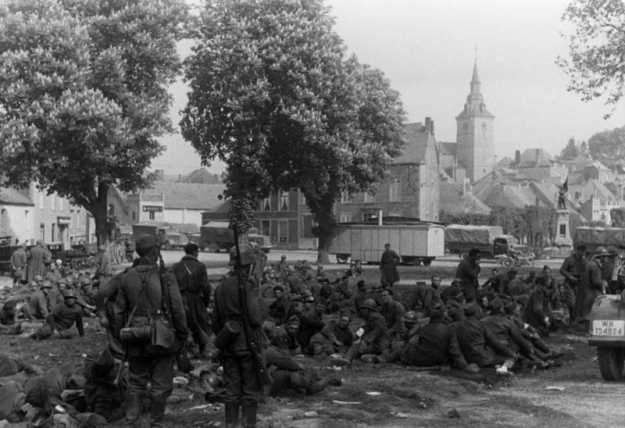