A new year, new games! …although most of us have already a hard time playing the games that are out there already as much as we’d like and these games would deserve. However, I know that you like shiny new pieces of cardboard and wood. And so, without further ado, here are a few games scheduled to be released this year which look really good to me. As they all have a historical theme, I’ve ordered them from the most ancient to the most recent.

2 players, 120-240min
Did I put this on my list of most anticipated games last year already? You betcha. Am I putting it on the list again? You betcha. Imperial Struggle did not get published last year, and I am still convinced that this is going to be a great game. And not only because Ananda Gupta and Jason Matthews have designed Twilight Struggle together. Imperial Struggle has you fill the shoes of the rulers of France and Great Britain in the 18th century, vying for dominance in Europe, America, and India. Gameplay is driven by selecting investment tiles (commercial, diplomatic, military) from a common pool. The game is not card-driven, but card events can strongly boost your punch if coupled with the right investment tiles.
The exact timeline of release is a bit unclear right now – last time it was listed on GMT’s tentative production schedule (as “later in 2019”) was in the September update, since then it has disappeared from the list. GMT has changed their approach to adding games to the queue in the meantime, and news about Imperial Struggle – a new InsideGMT article by Ananda Gupta, new art – have kept coming, so I am hopeful the game will indeed be released this year. You can pre-order the game here.

2-4 players, 60-120min
War is an institution of international politics to put yourself into position to achieve a better peace. That is what Versailles 1919 is about: The fighting has ended, and now a new world order will be forged. The trouble is: The Big Four at the Versailles peace conference – the USA, UK, France, and Italy – have very different ideas what a “better peace” is. For the US, it’s about implementing President Wilson’s ideas of national self-determination and a global economy of free enterprise. France wants to make sure that Germany can never threaten her again. And so on. So, the players want to make sure that as many issues as possible are resolved the way they prefer at the conference. Skillful expenditure of political capital (and knowing when to let somebody else do your work) is the key to success. Speaking of success: Given Mark Herman’s track record with portraying conflicts between nominal allies (most famously in Churchill), I’m sure this is going to be one.
Versailles 1919 is nearing its art department readiness. You can pre-order it here.

3 players, 180-600min
The running-up to World War 2 has been a mini-trend in board gaming recently. Prelude to War follows this trend and invigorates it with an intriguing mechanism for resolving the conflicts resulting from Nazi (and, to a lesser extent Soviet) revisionism: If a power challenges the status quo (say, Nazi Germany attempts to browbeat Czechoslovakia), another power can decide to make a stand against that. Then, either both sides escalate the crisis until it is resolved in a final test of nerves, or one backs down – as higher stakes mean graver consequences for the loser. For this reason, it is often a reasonable choice just to demand an international conference or ignore a challenge altogether. Add in the need for all governments to deal with their domestic malcontent, and you’ll have a game that might help explain both why the revisionist powers couldn’t just run roughshod over their smaller prey, and why the Western powers were so reluctant in confronting them.
Prelude to War is currently still 164 pre-orders short of production. You can preorder it here. In case you want to know how such a game could play out, you’ll find a super-detailed after-action report here. 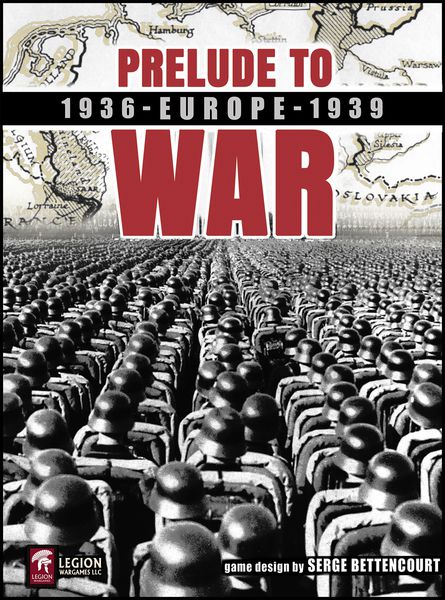 2 players, 60-75min
If games can help you understand history, why not use games as well to understand very recent times? Contrary to how people have misunderstood Francis Fukuyama, history has indeed not ended with the Cold War. It has just changed. That’s where Europe Divided takes off: A Russian and a Western (European Union/NATO) player face off for political control over central and eastern Europe. The West has some very strong countries (say, France), but must also cycle through the smaller members of the alliances (say, Greece), and the dual structure of EU and NATO limits their flexibility. Russia, on the other hand, is a bit weaker, but more flexible and dynamic. This is further compounded by the rules for political dominance: Once one block fully incorporates a new country, its card is added to the respective deck, which will also decrease flexibility and average strength of the cards.
Designer David Thompson will publish a designer’s diary soon. Phalanx Games aims for a release at SPIEL Essen this year – so, in October 2019.

What are your most anticipated games of 2019? Let me know in the comments!

14 thoughts on “Most Anticipated Historical Board Games of 2019”