How fast a year goes by! …I say, not because New Year’s is rolling around, but instead the SPIEL board game fair at Essen. But to each their own holidays, and SPIEL is the Christmas for the tabletop gaming faithful. Four days of playing, trying, and buying. 160,000+ visitors. As I couldn’t go in 2018, I am doubly excited to attend this year again. Therefore, I’ll share my list of the most interesting board games with a historical theme released or demoed there this year. Have fun!

As always, this is not meant as a „must buy“ list or whatever other consumptionist term some people use. It is likely that I will buy only one or none of these games. Why? Because I have quite some good games already, and I like to make them count before I plunge into new adventures. Generally, there are no musts in buying. And there are no musts in attending board game fairs or conventions – obviously those can come as pretty big expenses for travel and accommodation. Bottom line: No musts. You do you.
On to the games! They are sorted by location on the fairgrounds.

2 players, 30-60 minutes, no MSRP given
You’re a fearless investigative reporter, and you have a hunch that the president is a crook. So you set out to gather the evidence and prove his wrongdoing. Or, alternatively, you’re the president, and you know for a fact that you’re a crook. So you set out to unmake all traces you’ve left and keep that dirty little secret to yourself. Either way, you’re doing it for the good of your country. Watergate promises to be a short, tense exchange of hand management and positional play, with the reporters trying to trace a connection from their informants to president Nixon and Nixon trying to obstruct these efforts or gain so much political momentum that they do not matter. I am yet to play a game by Matthias Cramer, but he has quite some interesting projects for historical games in the pipeline (on the Weimar Republic of interwar Germany and the Arab-Israeli conflict) – so this looks like a great place to start.

2 players, 60-75 minutes, MSRP: €35.00
An easy choice – I’ve put Europe Divided on the list of my most anticipated historical board games of 2019 already. The premise is just too intriguing: A Russian and a Western (European Union/NATO) player face off for political control over central and eastern Europe. The West has some very strong countries (say, France), but must also cycle through the smaller members of the alliances (say, Greece), and the dual structure of EU and NATO limits their flexibility. Russia, on the other hand, is a bit weaker, but more flexible and dynamic. This is further compounded by the rules for political dominance: Once one block fully incorporates a new country, its card is added to the respective deck, which will also decrease flexibility and average strength of the cards. So, political struggle? – Check. Card-driven? – Check. (Post-)Soviet? – Check. It’s as if the game was designed with me as its very target audience.

2-5 players, 20-30min, MSRP: €17.00
So, this is totally outside of my regular focus. But who says that historical games have to be about politics and war and diplomacy and trade all the time? And who says they have to be serious simulations? Not me, that’s who. Montmartre has the players compete to make it as artists in early-20th century Paris, indeed the cultural center of the world back then (Vienna probably being a close second). That is done – unsurprisingly – via painting and selling your art. The rules are pleasantly short (six very small pages), and the artwork by Jeanne Landart is – as befits the game’s theme – outright gorgeous. I’m not usually swayed by a game’s visual presentation, but this is a rare exception. 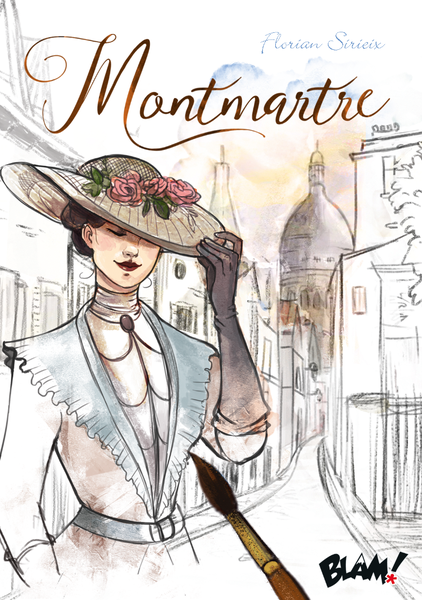 5-9 players, 360-720 minutes, no MSRP given
Western Empires is a game of civilization-building in the ancient Mediterranean spanning from the Iberians in the west to the Egyptians in the east. The game is one half of the re-implementation of MegaCivilization (together with future release), which in turn re-implements Advanced Civilization, which is the refinement of the original Civilization board game from 1980. This illustrious board game genealogy aptly models one of the game’s distinct features: The „technology tree“, which allows you to pursue more advanced features of cultural and scientific progress only when you’ve discovered the respective pre-requisites. Except for this since then much-copied mechanism, those games include a wild free-for-all trade phase, a lot of simultaneous actions (as unusual as it gets for a long strategy game), and a pleasantly varied mix of trade, scientific/cultural progress, expansion, and natural disasters in addition to the usual conquest. In short, it’s a chaotic multiplayer game, and I’d really like to try it. 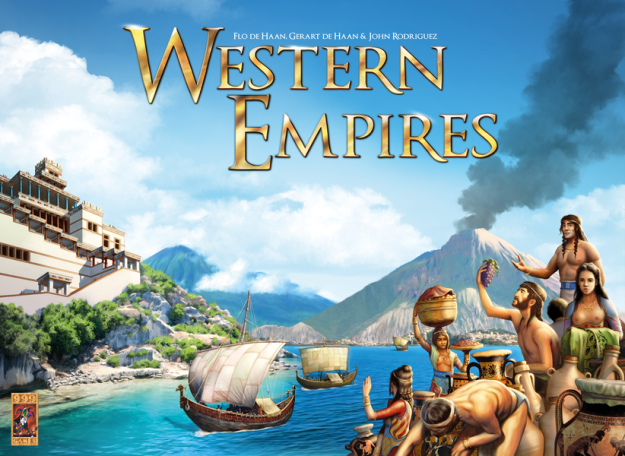 These games didn’t quite make the cut, but they came close:
Hall 5, booth H109: Rise of Totalitarianism (Luca Cammisa, 4Dados)
3 players, 180-540 minutes, demo only
Social democracy, communism, and (the historically victorious) fascism vie for control of Germany and Italy in the years from 1919 to 1933 – I like this recent mini-trend of games about the interwar period!

Hall 6, booth C-114: Crusader Kings (Tomas Härenstam, Nils Karlén, Jon Manker, Free League)
3-5 players, 180 minutes, no MSRP given
Board game implementation of the strategy computer game in which your character traits and family life are just as important for the future of your dynasty as your grand schemes.

To which games are you looking forward the most? Let me know in the comments!

6 thoughts on “SPIEL Essen 2019: Most Anticipated Historical Board Games”